Where craftswomen sit
in puddles of sunlight
peddling precious wares
I do not really want to buy
and they do not want to sell
cats napping on their laps
laughing yellow teapots on the shelves.

Which way back to Paris?
I watch their crooked fingers point
in all directions
and they ask me
why I’d want to leave
when I belong with them
as them.

My old guitar
slung across my shoulder
waits for a song. 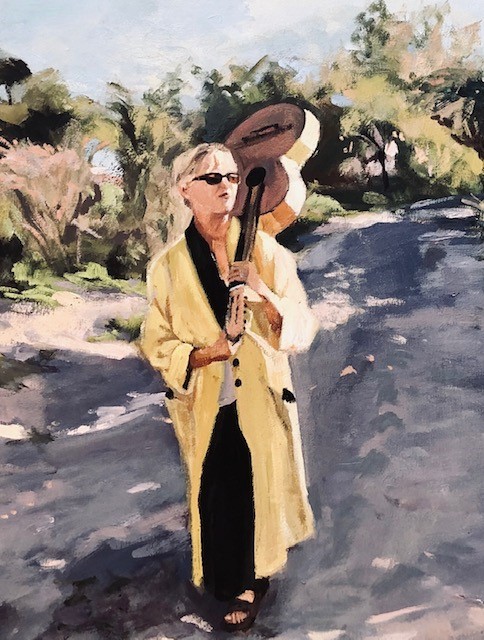 Mary Anne Anderson’s poems have been published in Monterey Bay’s Plentitude of Poets collection. The poem Ocean Walk won first prize at the Marina Arts Festival, and her first chapbook, The Road Home, was published in 2004. The second chap book, Dreamscapes, followed.

She received the 2014 Distinguished Poet Award from the Writers International Network in Vancouver, B.C. Her one-woman show “BAR LIES. . . and other tales” premiered at the first Carmel Performing Arts Festival. She has also exhibited her photographs from San Miguel de Allende, Mexico. Her book, Letters to a Love Unsung/Cronicas de un Amor Eternal, is a bi-lingual love story with an accompanying sound track.