Cheaters never win and winners never cheat
April is baseball season. If you’re a baseball fan, or even if not, Thomas Boswell’s insightful piece about the Houston Astros cheating scandal is worth reading. 1 It’s been documented that in winning the 2017 World Series, the Astros cheated. During home games, the team used electronic devices to steal the Los Angeles Dodgers signs. In other words, Astros hitters were illegally tipped off as to the type of pitch being thrown (fastball, curveball, slider, etc.). While sign-stealing has been a part of the game since its inception, utilizing electronics to gain an advantage over one’s opponent is illegal.
Now what? Boswell asks, “Do you void the Astros’ 2017 title? Do you award it to the Los Angeles Dodgers, who lost that World Series?” Frankly, there is no good solution, and that’s pretty much Boswell’s point. Major League Baseball suspended Houston’s general manager Jeff Luhnow and manager A.J. Hinch. Both were subsequently fired by Astros ownership.
Boswell writes, “But one central point lies beneath this entire episode: Cheating or the perception of cheating attacks baseball, or any sport, at its very heart, threatening its viability as an entertainment, as a business or even as an American institution that runs back to 1868.”
I agree with the above assessment, but don’t believe it goes far enough. The Astros incident brings me back five and a half decades to a Little League ball field. The specific details are lost to time, but the hurt, confusion, and frustration of the day remain a part of me. We were playing the best team in the league. They hadn’t lost a game all year, but my ten-year old teammates and I had them on the ropes. It was the last inning (we played 7 inning games), and we were ahead. Our hopes were dashed, when the opposing team’s best hitter came up with a runner on first base. He proceeded to hit a home run, ending the game, apparently preserving their undefeated streak. While they celebrated as if they had just won a major league World Series, we stood still, heads down, having let an important game slip through our fingers. Little did I know, but that moment was about to have a profound effect on my life.
Our coach was a dedicated lover of the game. Mr. Silber (I can’t forget him), was a hard-working blue-collar guy who’d race home from his day job, many times still wearing his work uniform to manage the team. At the time of the game, I didn’t appreciate his dedication to the sport and community. He’d discovered that the boy who had just hit the winning home run was not supposed to be the hitter. It wasn’t his turn. On instructions from his coach, he batted out of order. As such, he should have immediately been called out. It would have been the third out of the inning, and we would have won. I can still envision Mr. Silber, scorebook in hand, showing the home plate umpire, in black and white, proof of the infraction. The umpire shook his head. As far as he was concerned, the game was over. He walked away. Mr. Silber trailed after him, pleading his case, but to no avail.
On that day long ago, I learned a brutal lesson. Cheaters win. I’ve never forgotten it. It saddens me today as it did on that ball field. Cheating attacks more than baseball. It stains and corrupts everything and everyone it touches. It erodes values and festers cynicism. Like a cancer, it rots the spirit. The cure lies within us, individually and as a society.
The Astros are the most recent example. There will be others. At this writing, the Boston Red Sox are also under investigation for employing electronic sign stealing. It won’t end with the Astros or Red Sox or be limited to baseball.
Despite the doom and gloom, I can and do hold my head high, knowing that my Little League team lost, but played hard and played fairly. We followed the rules. That’s worth more than an underhanded win in any walk of life. I wonder if the Los Angeles Dodgers players feel that way when they see World Series rings adorning the Houston Astros players’ fingers? 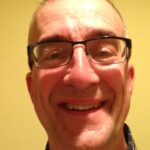 Bruce Harris is retired after working thirty years at UPS. He is married, has two children, and lives in New Jersey. He’s a baseball fan and a member of the Society of American Baseball Research (SABR). Bruce also enjoys Sherlock Holmes and crime/detective fiction. A number of his western fiction books can be found online at Amazon.