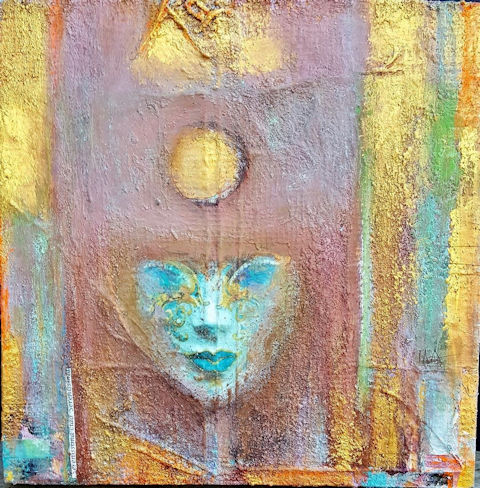 Itala Langmar, an art therapist, born in Venice, Italy, began writing poetry at the age of ten. It was not until 1995 that she felt she had sufficient command of English to create poetry in that language. In 1996 she placed third in the National Library of Poetry contest with Midnight Gladiolus.  A finalist in the 1999 Gwendolyn Brooks’ poetry competition, she writes poems depicting talented but flawed personalities.  She takes pride in her twenty-four Odyssey poems and accompanying abstract paintings, each pair inspired by a chapter in the Homeric epic. In this work she highlighted the tensions within and among the characters, their mental landscapes, and their attitudes, regrets, strengths, and weaknesses. Itala is now working on a series of poems as homages to famous women in the arts, such as Georgia O’Keefe, Louise Nevelson, and China Pattway, a quilter in Gee’s Bend, Alabama.