The Sounds Before the Sounds I Knew Before - Olivia Haijoff

Everyone says it’s quieter now, but there are more sounds:
Not the bird’s song, but the first lift of its wing.
Not a rustling of leaves, but the flip flop as one leaf
turns over, back and forth.
The intake of breath before the shout of a child.

When I stand still, I hear the grass tap against its fellow blade.
When I walk, I hear my foot raise, peeling away from the soft pine needles.
The sounds before the sounds I knew before.

I should wear a softer jacket.
I have to hold my arms rigid by my sides to stop the shiny rubbing that mutes all else.
Otherwise I won’t know what I can hear and what I cannot.

The listening itself is a reaching out. A stretching.

Only the trees hold their secret quietness.
I go close to them and find a cool darkness
Made of sounds I have yet to hear. 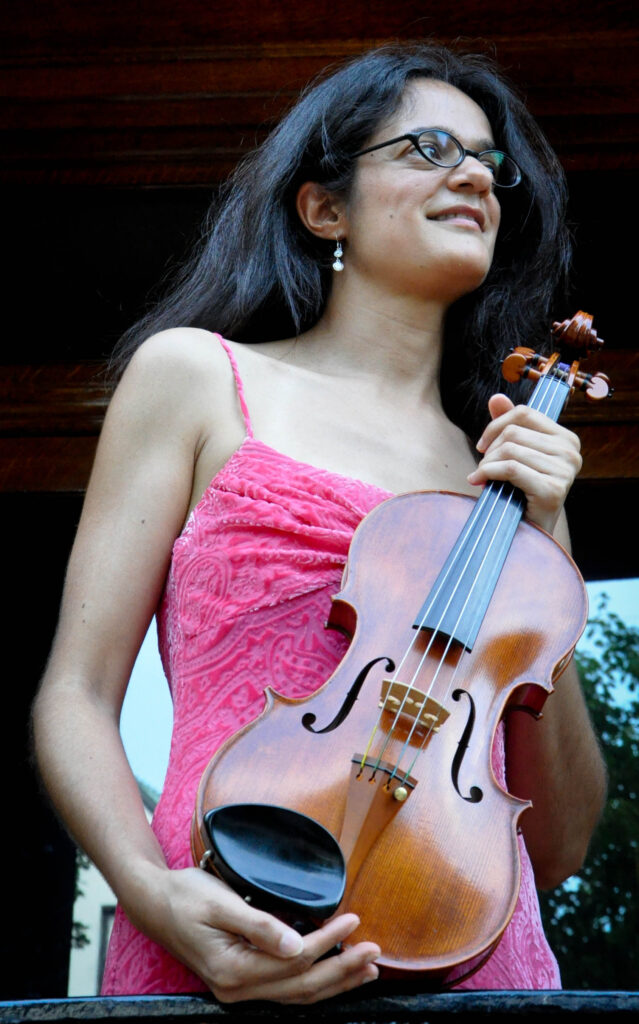 Olivia Hajioff, a Fulbright scholar, is a concert violinist and teacher from England. She lives in Northern Virginia and performs nationally and abroad with her husband as the Marcolivia Duo. Her hobbies include taking long walks, writing and reading. Her favorite authors include Charles Dickens, Elizabeth Gaskell, Wallace Stegner and Richard Russo. Olivia also endeavors to include the practice of Stoic philosophy in her daily life.

Olivia has written since early childhood.  Her first published story, at age nine, was televised as a children’s ballet for the British television show, ‘Freetime’. She was also a finalist in the Cadbury’s Short Story Competition at age ten.  Since then her writing has appeared in the British Fulbright magazine, HIV Now project, on Stoic philosopher William B. Irvine’s website, and in the Ginosko Literary Journal (forthcoming). She is the 2020 Grand Choice Winner of the Laura Riding Jackson poetry competition.