What’s in Your Mirror? - Deborah Avendor

How often have you made five or six wardrobe changes before going on a date or getting ready for work? How many times have you stood in front of the mirror, uttering words like, “No! No! Hmmm? Possibly? Definitely not!” And my favorite, “Hell, no,” before adding another outfit to a mountainous pile of clothes.
Why these utterings? Because no matter what the color or how chic the style, be it long or short, tailored or not, your mind may say, “Yes, darling. You look fabulous!” However, the reflection in the mirror, yes, your mirror, grossly differs from your opinion. And to many of us, the view of the mirror is the one that counts.
Have you ever asked yourself, “How can something made from combinations of glass, colored metallic, paint, and other inanimate compounds, have such a devastating effect on one’s psyche?” Better yet, how can the reflective, end-result of these compounds leave some of the most beautiful and handsome, wealthy, and influential people in the world, cowering in front of it, and reverencing its opinion more than their own?
Each day men and women stand bare, in front of their mesmerizing speculum, to scrutinize arms, despise legs, cringe at stomachs, and become horrified once they have (literally) looked behind gazing at their full 360-degree panoramic body-view. Whether it is one’s first look of the morning or last look at night, they either nod in approval. Laugh. Cry. Shriek in horror. Or simply say, f##k it…and walk away.
Although they rarely admit it, men, now more than ever, share the same feelings of inadequacy and low self-esteem that have oppressed women for years. Add to this, selfies, facetime, webcams, and other visual forms of communication, then sprinkle a dating website or two (where a photo is needed), add to this, a dash of sexting or the deliberate display of one’s naughty bits, mix them all, and you have the perfect recipe for low self-esteem, narcissism, or both. Then sit back and watch them bake into a well-done neurosis for a culture suffering from amour-propre (self-love) or lack of it.
To many, the mirror is either a daunting bearer of truth or a mind-altering deceiver that either fans the fire of low self-esteem or narcissism each time the insecure stand in front of it. Therefore, the question is, “Do mirrors perpetuate low self-esteem or induce narcissism?
We have all heard the phrase, “Mirror, mirror on the wall, who is the fairest one of all?” The evil queen in Snow White spoke these words. Some say the mirror was the alter ego that exacted a heavy toll each time she gazed upon it. Did the queen suffer from low self-esteem? Quite possibly. Narcissism? Undoubtedly.
Let’s not forget the Greek hunter, Narcissus, son of the river god Cephissus? Narcissus was so mesmerized by the beauty of his mirror-like reflection in the water that he could not bear to depart from it. What happened? In case you did not know, he died! His narcissistic love for himself would not allow him to turn away from his reflection for even a second. He neither ate nor slept and, therefore, perished.
The internet is full of articles that reference mirrors and self-esteem, such as Weight Loss and Mirrors, Men and Mirrors, Women and Mirrors, Narcissism, and Mirrors. There is even one entitled Try Eating in Front of the Mirror, Naked – by fitness expert Jill S. Brown.

Kjerstin Gruys, a 29-year-old Ph.D. student in sociology, documented a yearlong study of her avoidance of mirrors in her book Mirror, Mirror Off the Wall. Gruys candidly shares how the avoidance of seeing her reflection was part of an experiment that she performed to influence others to stop focusing on external perfection. In 2012, Gruys interviewed with TV broadcaster, Robin Roberts, in a segment entitled ‘The Mirror-Free Bride.’ In it, Gruys confessed that she, like thousands of others, struggled with body image and overcoming an eating disorder and insecurities that plagued her since high school.
One could vehemently argue that the use of mirrors no more cause low self-esteem than rabbits can fly. On the other hand, some might say, “Self-esteem has never been predicated on what you see, but rather how you feel about yourself.”
Every day hundreds of models and supermodels stroll, strut, and saunter up-and-down world-famous catwalks, fluttering like butterflies in a summer breeze. Though we may view them as some of the loveliest creatures that God has ever created, many of them suffer in silence with low self-esteem. Although many of them simulate the pretense of confidence on the outside, inside, they feel like two-tons of fun because they weigh 100 pounds or less. On the other side of the spectrum, those who grapple with narcissism may feel suicidal at the sight of a pimple.
One has to applaud singer Alicia Keys for standing firm, when the story, Alicia Keys Goes Makeup-Free to the 2016 BET Awards ran rampant over the internet. Keys committed to going bare. No, not nude – but make-up-less. I think that Ms. Keys said it best when she said, “I hope it’s a revolution because I don’t want to cover up anymore – not my face, not my mind, not my soul, not my thoughts, not my dreams, not my struggles, not my emotional growth. Nothing,” Keys wrote in an essay for Lena Dunham’s Lenny Letter, expounding on the various kinds of masks we wear for fear of not being accepted.
Mirrors can elongate, shorten, distort or simply, reflect what they see – the real you – whether you like it or not! How often have you heard someone say, “My arms look too big in this outfit?” Or the opposite, “Too small?” How many times have men stood in front of the mirror attempting to adjust their ‘package’ with the aid of a sock or two, so that it would look more prominent and hang just right? However, if they are narcissistic, even the use of a dozen socks may not be enough.
Are mirrors evil? Well, if you’re looking at it from a narcissistic view, some may answer possibly, while others may say, definitely not – unless you are a novice at applying make-up for the first time without the aid of a mirror.
In her book, The Woman in the Mirror, Cynthia Bulik, Ph.D. and noted psychologist discusses how “many women-regardless of income, size, shape, ethnicity, and age-are uncomfortable in their skin.” Dr. Bulik states that many of us fixate on our body image and try endless diets, implants, hair extensions, and new shoes, but it’s never enough. She also addresses the fact that girls and women are still socialized to merge body esteem and self-esteem mistakenly. Body esteem refers to how you think and feel about your physical appearance: your size, shape, hair, and features. Self-esteem refers to how you think you feel about your personality, your role in relationships, your accomplishments, and everything that contributes to who you are as a person.
In times past, only the rich could afford to change the mirror images that they didn’t like surgically. Are breasts too small? Enlarge them! Derriere too flat? Enhance it! Is nose too full? Redefine it! Face too saggy? Lift it!
That was then. These days, both men and women squirrel-away coin, as if saving for an Ivy League education, so they can be nipped, tucked, lifted, pulled, broken, and scraped for the perfect mirror image. One celebrity family of women has given butt enhancements an entirely new meaning.
In his book How to Spot and Stop Narcissists, Dr. Johnson gives ten telltale signs of a Narcissist. While most of us are guilty of some of the behaviors at one time or another, a pathological narcissist is someone who’s in love with an idealized self-image which they project to avoid feeling (and being seen as) the real, disenfranchised, wounded self. Deep down, most pathological narcissists feel like the “ugly duckling,” even if they painfully don’t want to admit it.
Theories about low self-esteem or narcissism and the negative or positive effect that mirrors can have on those with these neuroses are almost as vast as the people who suffer from them. Though many women may desire the good looks of some Hollywood stars or some men, the body of a pro-athlete, most people are happy in their skin as long as they don’t resemblance Princess Fiona or Shrek.
Because of stereotyped versions of beauty, and because more and more tweens and teens between 12-18 years, identify with what the media defines as ‘good looks,’ many of the young are becoming introverted or sexually promiscuous. Moreover, the looking glass does not perpetuate these characteristics.
Whether the use of mirrors aids in perpetuating low self-esteem or narcissism is questionable at best, but without question is the fact that these neuroses are, fundamentally based, not on what one sees, but rather how one sees him or herself. Nevertheless, the question remains, “How can something made from combinations of glass, various metallic, paint, and other inanimate compounds have such a devastating effect on one’s psyche?”
It shouldn’t. 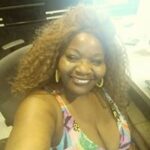 DeBorah Avendor: freelance writer, blogger, content writer, and novelist with published works in the Guardian Liberty Voice, MORE Magazine, WE Magazine, Huffington Post, and. now, Front Porch Review.
DeBorah has written for others for many years as the “voice of the voiceless.” It’s now her turn to be heard. She has one novel on the shelves, She Never Uttered A Word and two books scheduled for release in 2020.

DeBorah majored in English at the University of Pennsylvania and attended the Long Ridge Writers Group, but she thanks God for gifting her with ‘clarity of thought.’ Later this month, visit her new web page at www.deborahwroteit.com